While ROHM is offering an extensive set of wide variety of LDO linear regulator ICs, the recently released BD4xxMx and BDxxC0A series were reportedly developed as new models specifically intended for automotive applications. Complying with AEC-Q100, which is virtually an industry standard for automotive ICs, these models, offering extensive variation comprising 43 models, can accommodate a wide variety of automotive applications in addition to providing a high degree of general-purpose capabilities. We interviewed Mr. Ippei Yasutake, a field application engineer in ROHM to ask about some of the key features of the ICs. 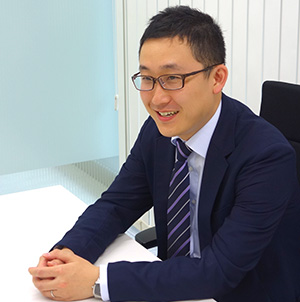 – LDO linear regulators (“LDO”) comprising a total of 43 models have been launched. There is no question that it is an extensive lineup. First of all, could you tell us what was the purpose of developing the series?

We wanted to create an LDO series for automotive filling the latest needs so that our customers, manufacturers of automotive equipment, can use them in a variety of equipment design situations with an ease of mind that these LDOs are based upon consistency in policy and quality. To this end, it is essential that a diverse set of input/output specifications and packages is in place, and that goal has led to product offerings covering 43 regulators.

– In simple terms, a customer might say, “in the current design we will be using three LDOs, all selected from this series” and would that be what you intended to achieve?

Absolutely. If things turn out that way, that would be quite gratifying for us.

– Would that be of benefit to the customer as well?

Yes, as would be expected. That is precisely one of the reasons that we created variety encompassing as many as 43 regulators. The LDO series was developed under the assumption that it would be used in automotive. As you may know, components used in automotive equipment must meet quite stringent performance condition, which require qualifications for parts and/or manufacturers, and other related tasks, involving a great deal of time and cost. By contrast, use of components that are provided in a series under specific control by the same supplier can simplify some of the work.

– In other words, going back to the example mentioned previously, compared to using three kinds of LDOs from different suppliers, can the same LDOs selected from a single supplier cut to one-third the amount of work that is required in adopting them?

It may not be that simple, but our goal is exactly as you said. The series providing uniformity while offering a wealth of variation, I believe, can be standard and/or common components for automotive. Beyond the labor and cost required in adoption work, the series, I think, can contribute to cost reductions as related to procurement control operations.

– Could you, then, describe the lineup for the LDO series and its outstanding characteristics?

Broadly speaking, the family of products consists of the [BD4xxMx series] and the [BDxxC0A series], each composed of sub-series based on different specifications. Because the series contains so many models, for ease of understanding I have brought a table summarizing them.

– It seems that the rated 45V voltage is intended for automotive application. Do the products offer two levels of output voltages?

In this series, the output voltage focuses on 3.3V and 5V, assuming that the products will be used principally in MCU power supplies for body systems and powertrain systems. Obviously these products are not limited to specific applications; they can accommodate various applications, such as system voltages.

– Do the products differ in functionality?

Each series provides shutdown-capable versions and versions that are devoid of that feature.

– I understand that the products are offered in a variety of packages.

The BD4xxM2 series is available in two packages, and the BD4xxM5 series in four packages. Different packages, while sharing the same set of electrical specifications, are offered to accommodate different spacing and configuration requirements on the circuit board.

– Please tell us about the salient features that characterize the BDxxC0A series as well.

The BDxxC0A series is available in five models offering 35 V voltage rating, 1 A output current, and five output voltages, namely, 3.3V/5V/8V/9V/adjustable, with and without a shutdown capability, and in five packages, for a total of 27 models. The series represents a versatile lineup, beginning with the adjustable type and 8V and 9V, intended for use in electromechanical components, display units, and car information/entertainment applications.