– With regard to automotive use, what other features does the LDO series offer?

It goes without saying that for automotive equipment, power saving and miniaturization are critical requirements. Since automotive power supplies are battery powered, power consumption should be as low as possible. For LDO ICs, key points are how much self-current consumption can be reduced and what extent miniaturized external components can be used.

– Well, first of all, tell us about power saving.

In the LDO series, we have succeeded in cutting no-load supply current consumption to one-half or less when compared with conventional products.

– In concrete terms, what reductions are we talking about?

Whereas commonly available products consume 100 μA, the BD4xxMx series features 40 μA. To be precise, it’s reduction to 40% rather than 50%, made possible by a low power consumption process and circuit technologies. The decrease in no-load supply current consumption reduces power consumption during standby, contributing to alleviate depletion of car batteries.

Another point with regard to power saving is that the LDO series also boasts remarkable reduction in circuit current at load (self-consumption current) in addition to no-load supply current consumption.

– Does that mean not only standby power, but also the power consumption by the LDO itself has been reduced when the circuit is running?

Yes, indeed. For comparison, we have prepared a graph. Not only the BD4xxMx series, but also the BDxxC0A series operates in the like manner. Both sets of products deliver power consumption during operation to 1/30 that of general parts.

– The graph shows a power consumption characteristic radically different from conventional products, does it not?

This LDO series permits the use of ceramic capacitors for output capacitors. Furthermore, because the LDO series requires small capacitance of 1 to 10 μF to regulate output, a compact circuit size can be achieved by using the multilayer ceramic chip capacitor (MLCC).

– Pardon me for asking a basic question, but do you mean that there are LDO ICs in which ceramic capacitors cannot be used as output capacitors?

The LDO performs regulation by means of a feedback loop from the output. However, the output capacitance and the output impedance create a pole, with the result that reduction in phase margin can induce oscillation. There are several approaches to maintaining stability. In most cases, the technique of adding a zero point by using ESR of the output capacitor is employed. Therefore, since the output capacitor must have an appropriate ESR, as a rule aluminum electrolyte capacitors are used. On the other hand, ceramic capacitors, with low ESR values, tend to produce unregulated output. If a ceramic capacitor must be used despite this fact, resistors equivalent to the required ESR must be added at the expense of an increased number of components as well as a larger footprint.

– Does that mean that aluminum electrolytic capacitors will not work?

– By the way, can electrolytic capacitors also be used in the LDO series?

Yes, of course, as long as the LDOs are selected with careful consideration of space, cost, and durability.

– As a final point, could you wrap it up?

The BD4xxMx/BDxxC0A is a large LDO series comprising a total of 43 models. While providing a wealth of variety, the series offers high degrees of uniformity and general-purpose applicability. As such, I believe that it can contribute to promoting commonality as standard automotive LDO products. By performing dedicated design for automotive applications and conducting integrated in-house production operations, we can adhere to stringent delivery requirements and provide a long-term stable supply while ensuring high quality and reliability. I would like to see customers use the new LDO series with confidence in the improvements that have achieved in response to emerging requirements for power saving and miniaturization. Also, please remember that the series, for automotive applications, is compliant with AEC-Q100, which is a critical requirement nowadays. 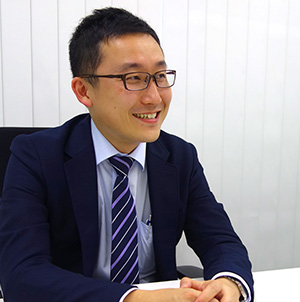