The last time, we derived transfer functions for each block of a switching power supply. However, it was stated that, because the discussion was simplified somewhat in order to facilitate easy initial understanding, the equations obtained can be applied to the step-down mode, but not to step-up and step-up/step-down modes. This time, in order to derive transfer functions that can be applied to all the modes, we introduce the concept of "state-space averaging".

The state-space averaging method may be slightly hard to understand. However, if this concept can be grasped, it should be possible to derive transfer functions for various modes.

To begin with, please keep in mind that the state-space averaging method is 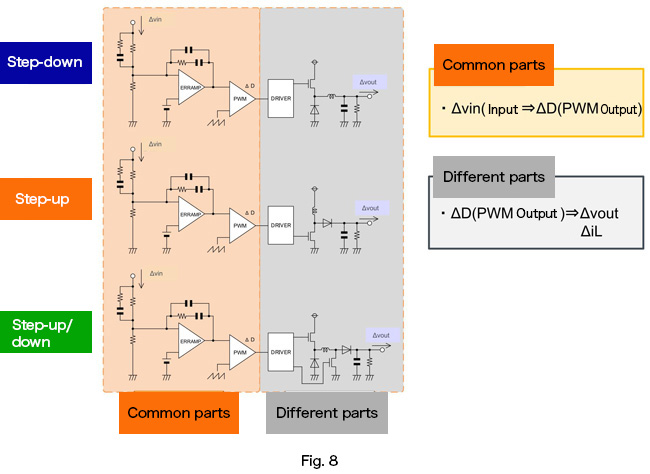 In the case of a DC/DC converter, generally the coil current and the output capacitor charge are selected as state variables. A specific example for a step-down converter is shown.

Here “s” is the Laplace transform; henceforth it can be regarded as s=jω. To be continued next time.