Below, a model of a basic step-down converter is used to explain the circuit operation. By gaining an understanding of the properties of current pathways and nodes from the basic operation, standards for selection of peripheral components and matters demanding attention will become clear. In the diagrams, we replace the high-side transistor and low-side diode with switches to explain operation schematically. The circuit principles are the same as those of diode rectification in a DC/DC converter, but the high voltage obtained by rectifying an AC voltage is directly switched to perform step-down voltage conversion, and so the transistor and diode acting as switches must withstand high voltages, for example 600 V or so. 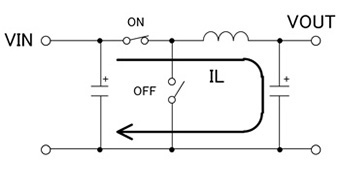 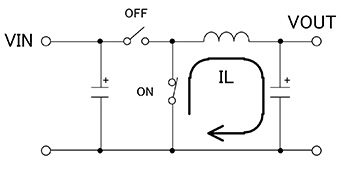 In switching operation, there are two modes, a discontinuous mode and a continuous mode. They are compared in the following table.

In each mode, arrows indicate the tendencies for the inductor, the rectifying diode, the switching transistor, and the efficiency; an upward arrow "↑" means an increase, and a downward arrow "↓" indicates a decrease. 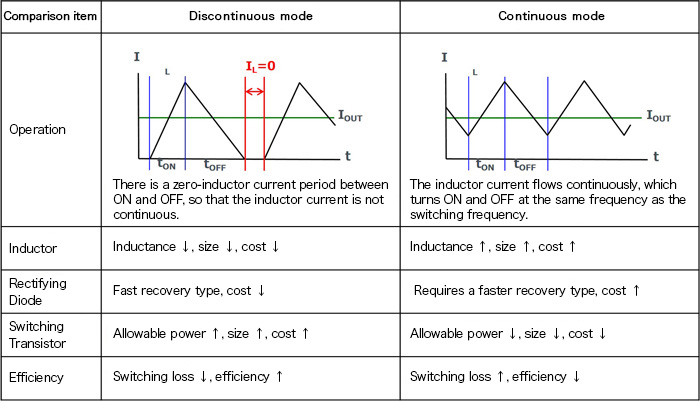