Forward Characteristics of the Body Diode of a SiC-MOSFET

On the other hand, when 18 V is applied across the gate and source so that the SiC MOSFET is turned on, the current flowing in the channel with lower resistance is dominant, instead of the body diode. Below are shown MOSFET cross-sectional diagrams to aid understanding of the structural aspects of these different states. 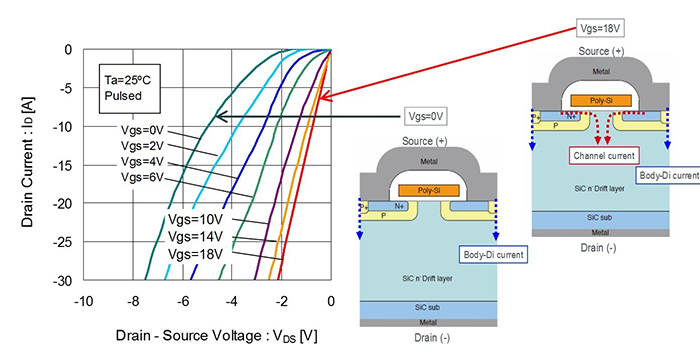 Reverse Recovery Characteristics of the Body Diode of a SiC-MOSFET 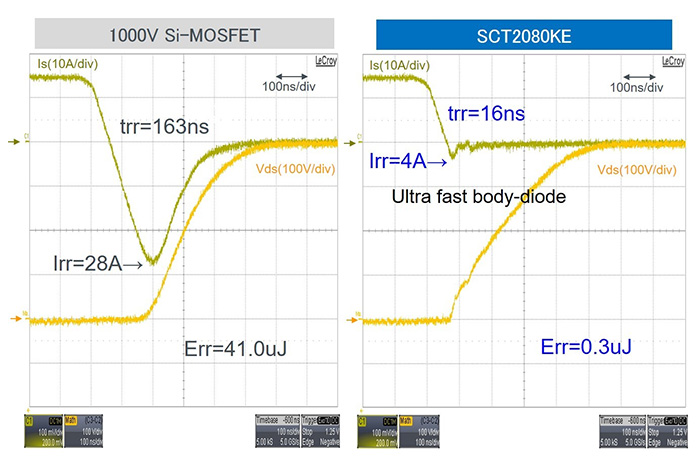 As we see, the trr of the Si-MOSFET in this example is long, and a large current Irr flows. In contrast, the body diode of the SCT2080KE SiC-MOSFET is extremely fast. Both trr and Irr are so small as to be negligible, and the recovery loss Err is greatly reduced.

・The forward characteristic Vf of the body diode of a SiC-MOSFET is high compared with that of an Si-MOSFET.

・The trr of a SiC-MOSFET body diode is fast, and the recovery loss can be reduced relative to that of an Si-MOSFET.