・Environments for measurement of thermal resistance are stipulated in JESD51-2A.

・The boards used to measure thermal resistance are stipulated in JESD51-3/5/7.

JEDEC (the Joint Electron Device Engineering Council) is an industry organization that develops standards in the field of semiconductor components. There are numerous standards that must necessarily be dealt with not only by semiconductor manufacturers, but by others in the field of electronics as well. That measurement methods and conditions must conform to industry standards, regardless of heat issues, is a fundamental principle. It goes without saying that this is because comparisons and pass/fail judgments would not be possible if methods and conditions were not unified.

Among the JEDEC standards, the following are the main two standards relating to heat.

The following describes representative heat-related standards in the JESD51 series. 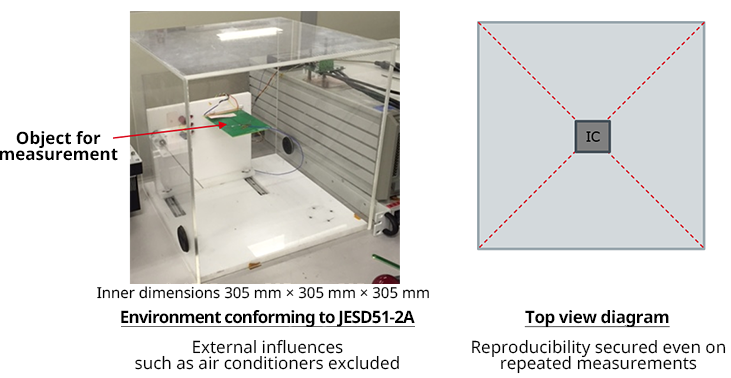 There are also standards relating to the boards used to measure thermal resistance. Boards generally known as “JEDEC boards” are standardized by JESD51-3/5/7. An example is shown below. 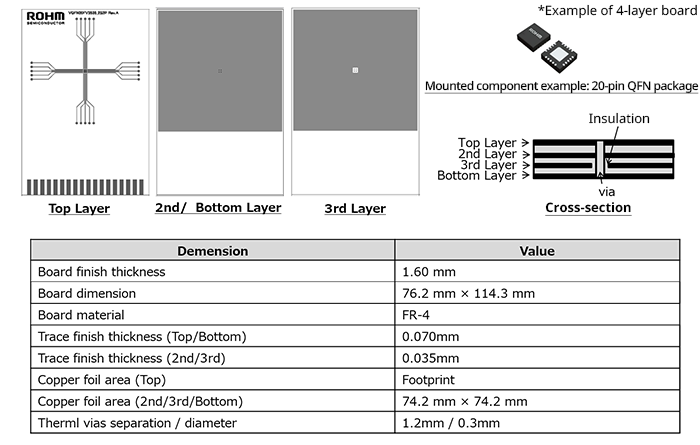