In specification ①, sequencing of a power supply with three supply voltages is controlled. Specifications for the input and output voltages and the power supply configuration are shown below.

Here, control of power turn-on and power shutoff is called "sequence control", but depending on the manufacturer and the IC type, the term "tracking" may also be used. It should be understood to mean basically the same thing. 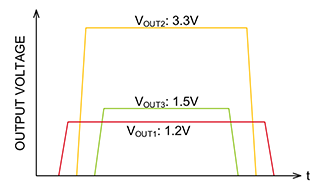 The control block diagram to implement the sequence specification ① is shown below. 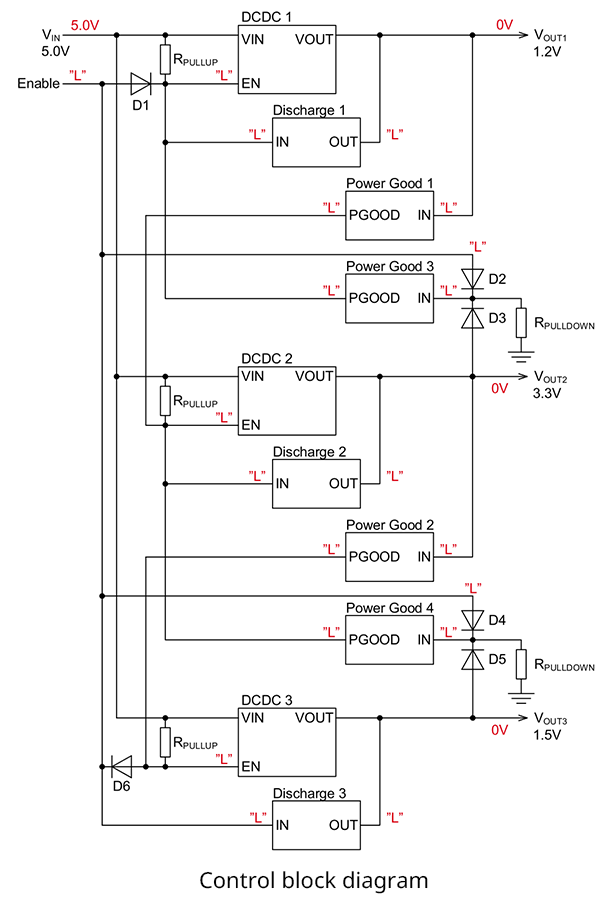 In order to realize the sequence specification ①, in addition to three power supply ICs, four Power Good functions, three Discharge functions, as well as resistors and diodes are needed; these are shown in the control block diagram. A block diagram is used to represent functions and operations as blocks, and so the ICs and circuit components actually required in the circuit are omitted. Below, these functions and their roles are explained.

・In sequence ①, power supplies with three supply voltages are turned on in order, and are shut off in the reverse order.

・For design purposes, the control blocks needed to obtain the target operations are considered.